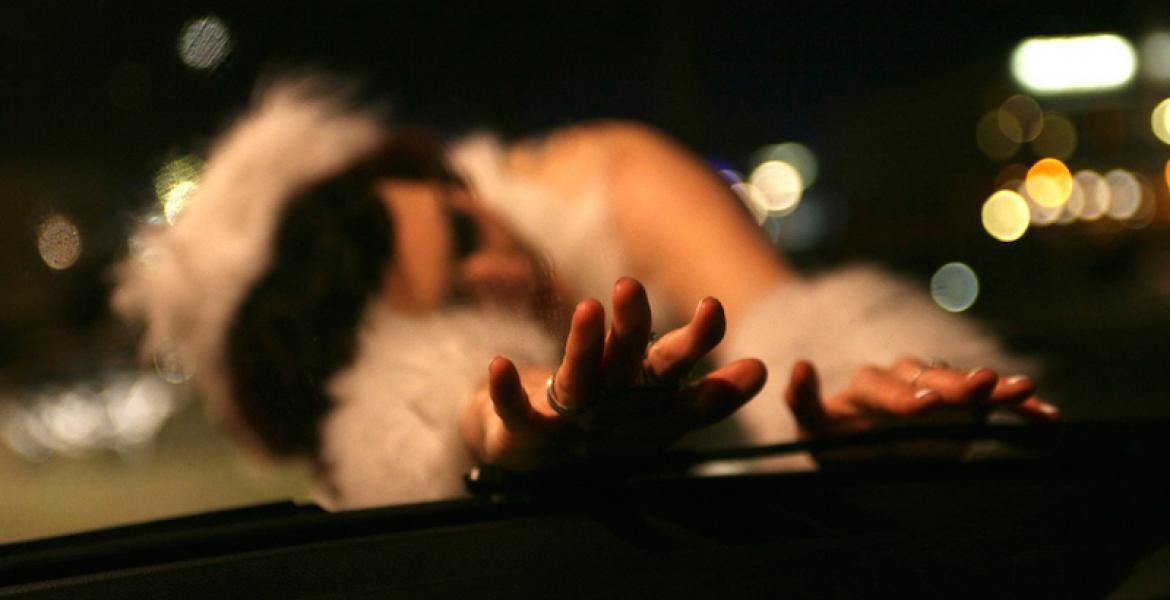 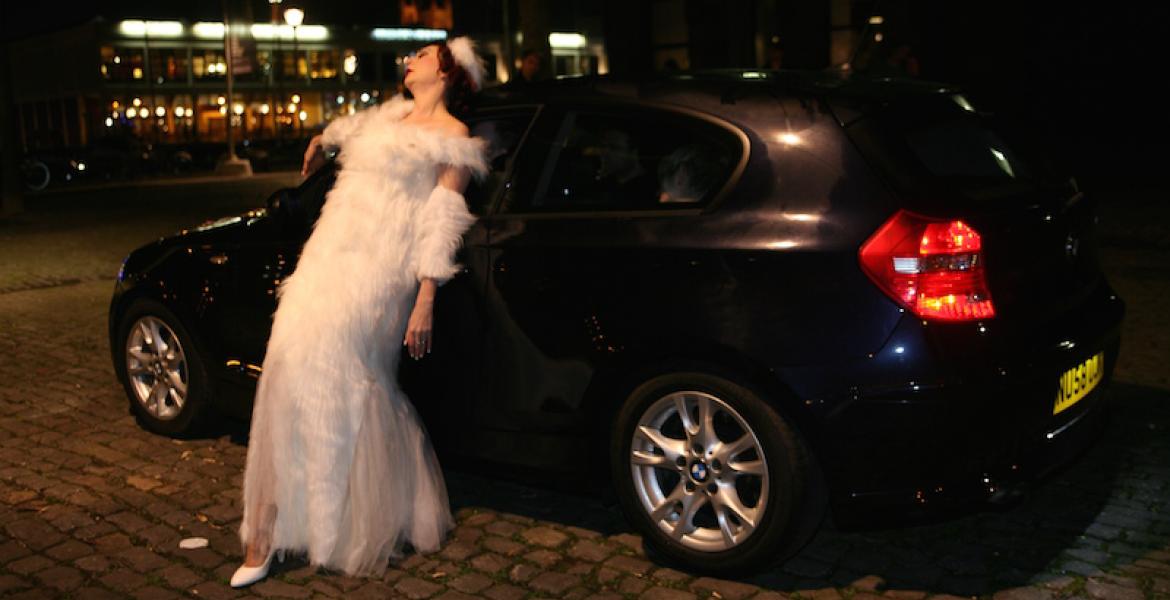 A short dreamlike piece; it explores questions of re-presentation and the cinematic framing of live performance, playing with conventions, expectations and portrayal of the hyper feminine. (Did I mention I become a human carwash?) The audience are seated inside a parked car, with a second tier of viewers observing from the sidelines. First imagined for the event Beacons, Icons & Dykons the audience had a choice of watching Anger's short before or after the performance.

'Liz Clarke, equal parts Barracuda Femme and retro-glamour fetishist,  often mines the archetypes of Lady Luck. Known for performances that include more than a little sparkle and death tripping, she's going for the drivers wheel in KKK. Mining the 1965 film of Kenneth Anger, the papa of experimental cinema and esoteric cinema.  Babylon beckons through the rear view mirror.' Ron Athey